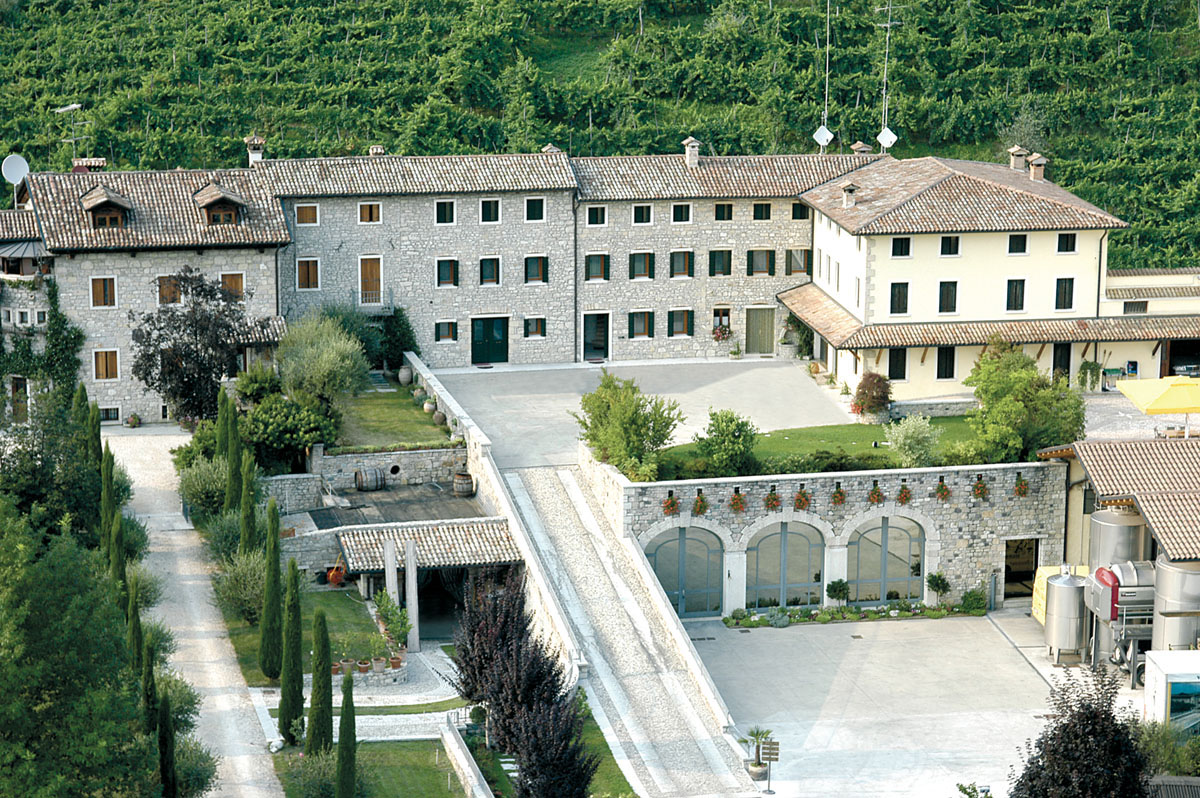 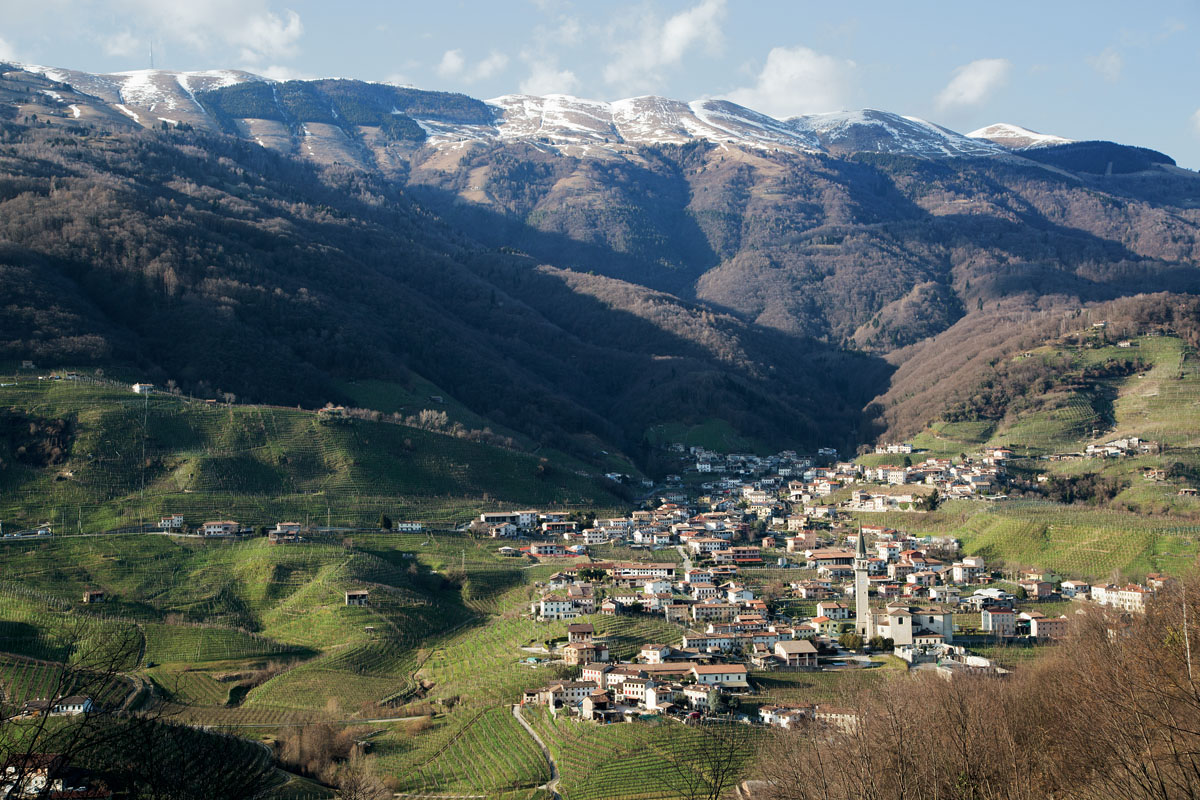 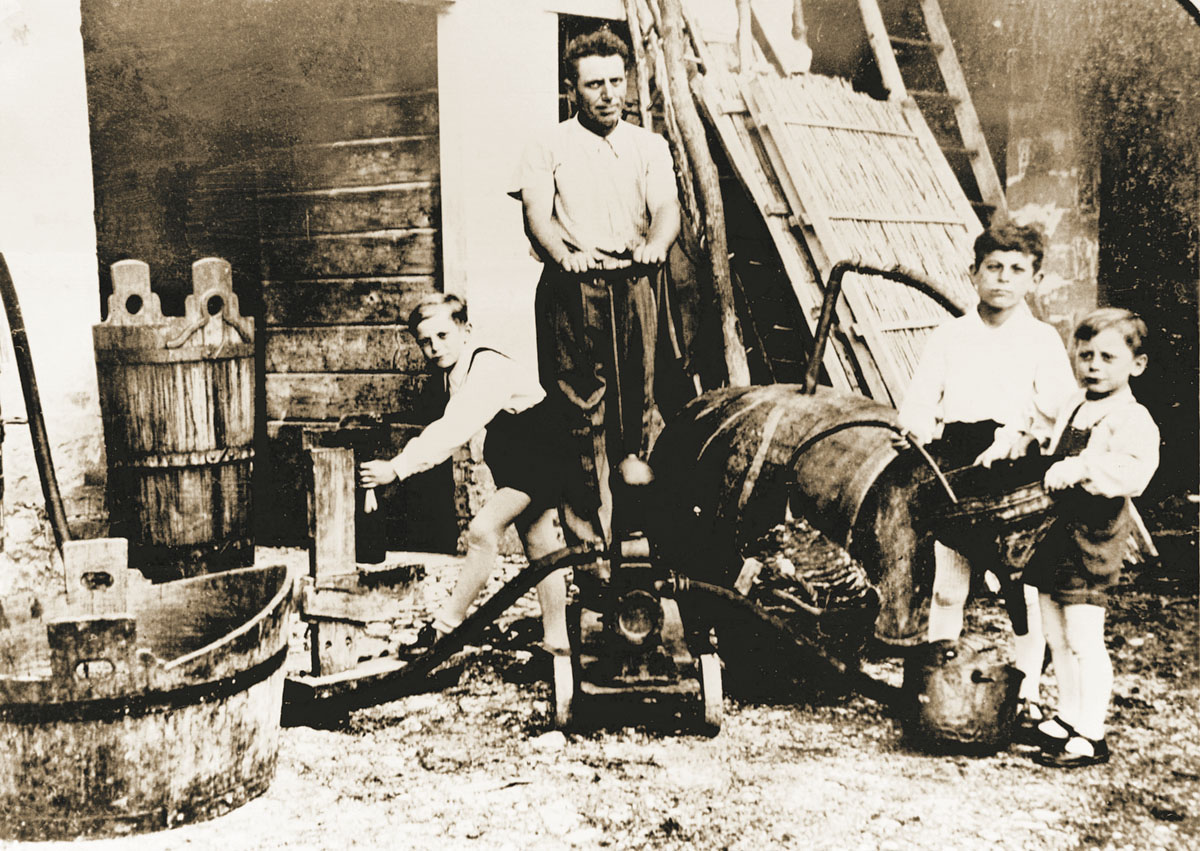 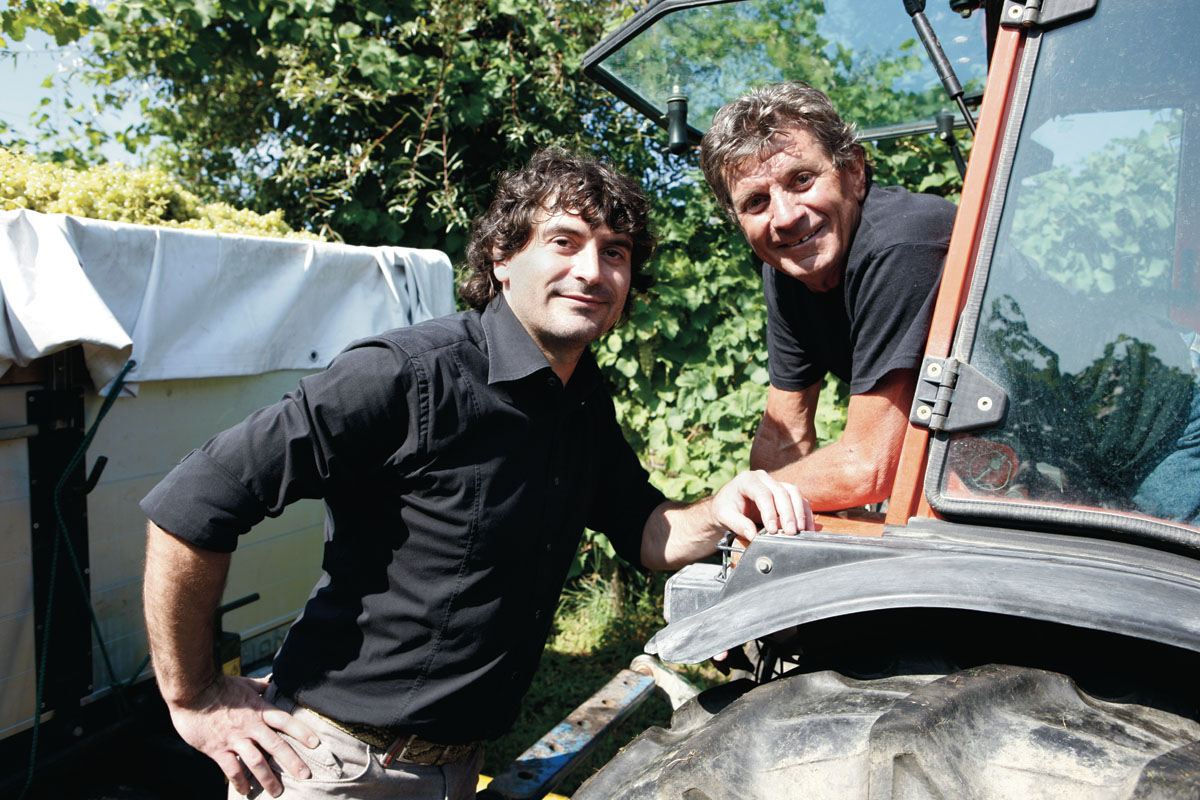 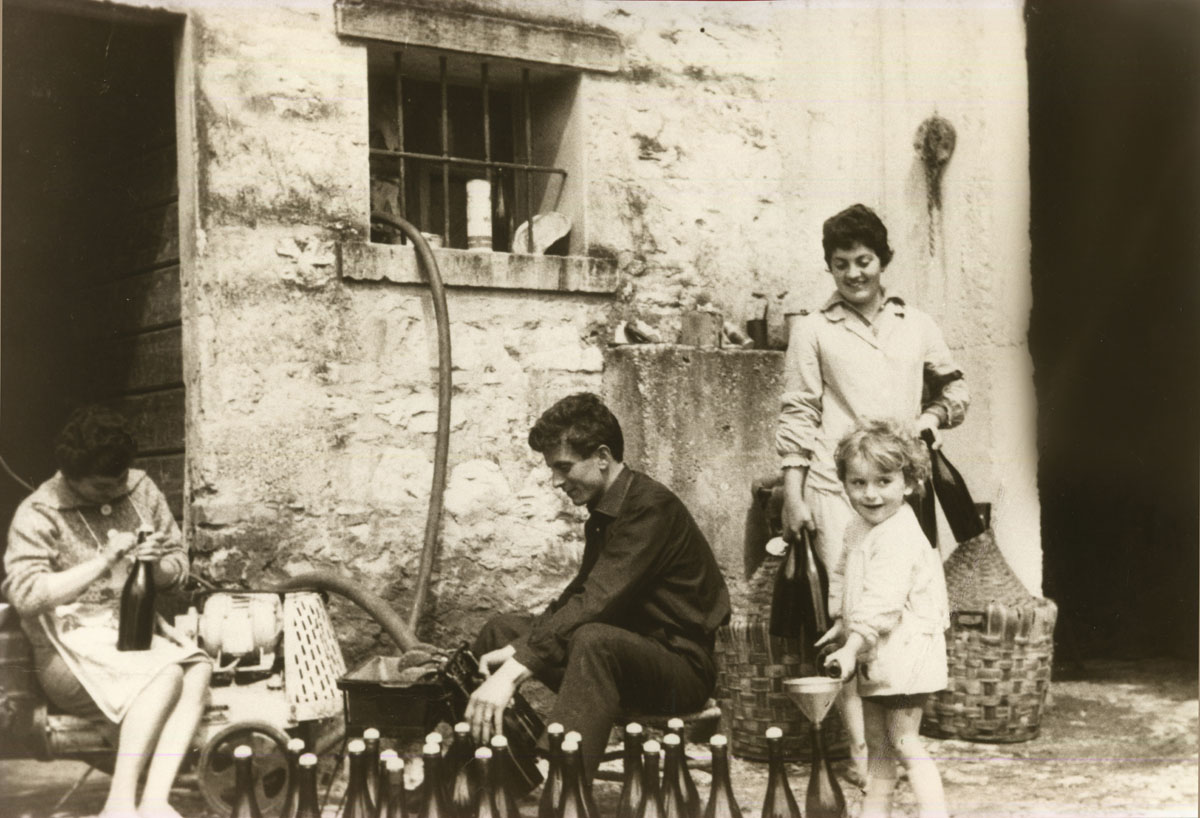 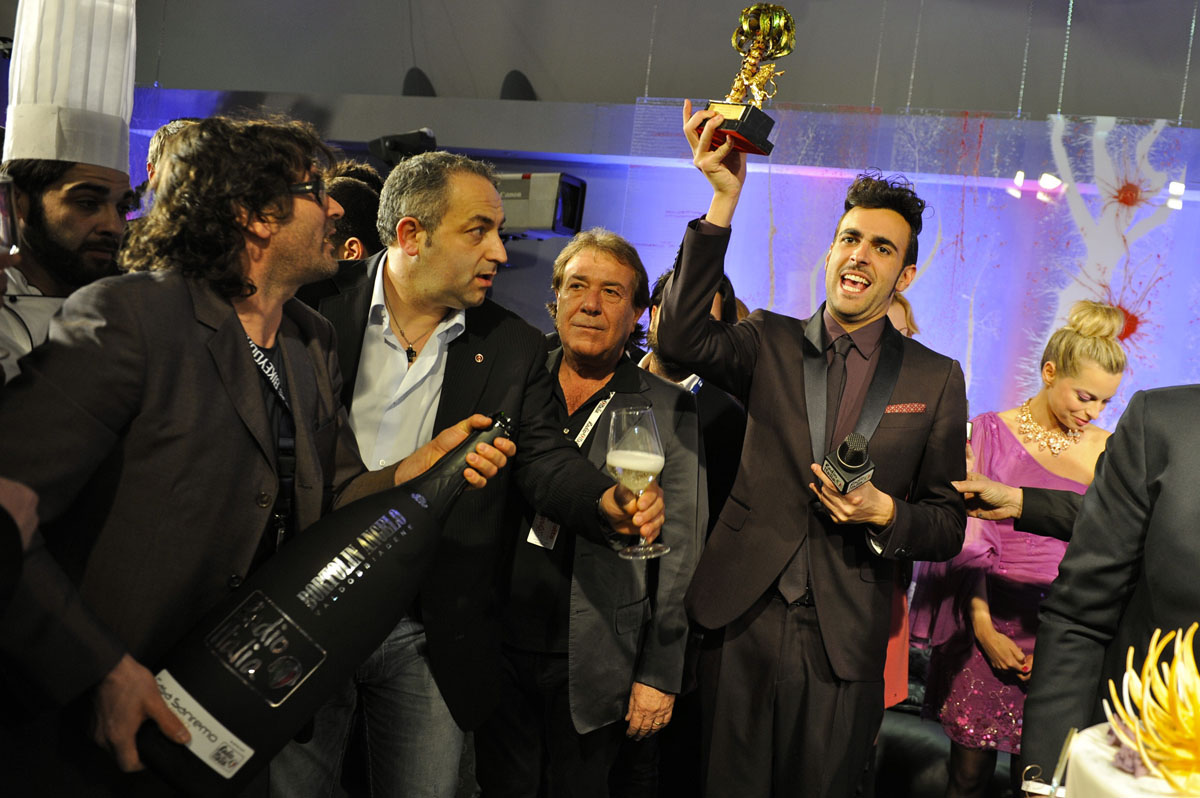 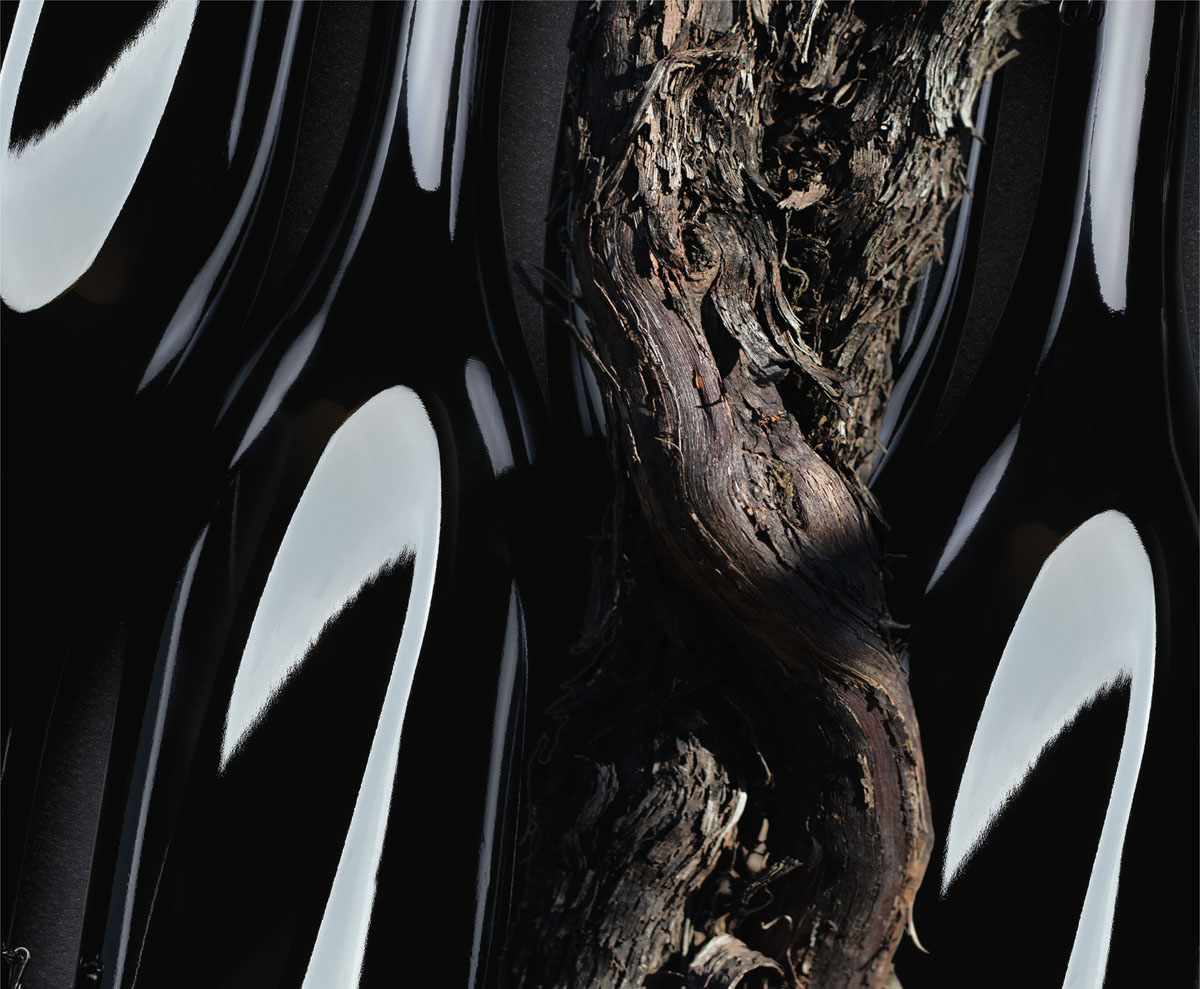 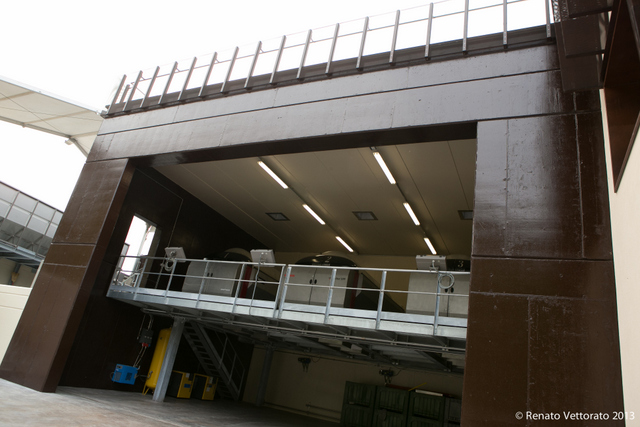 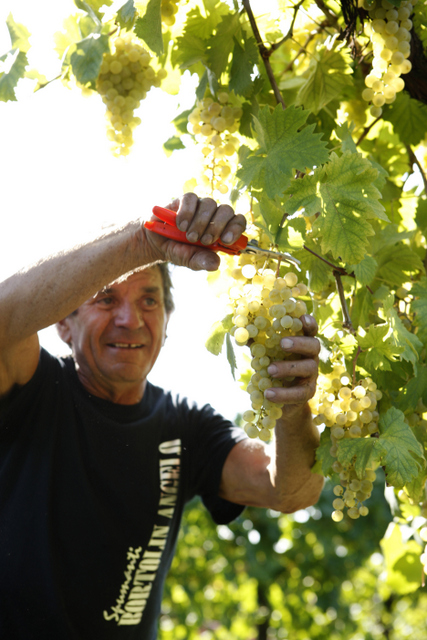 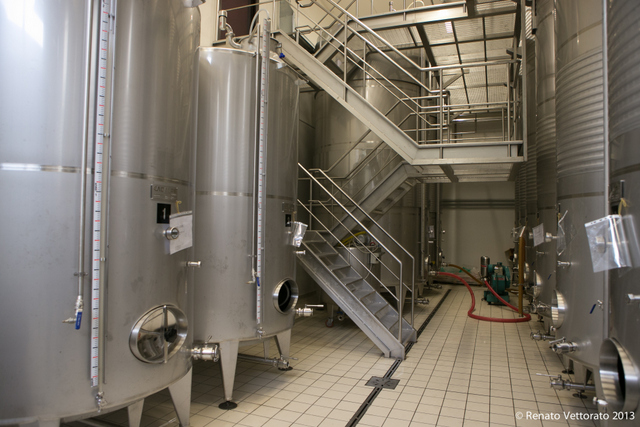 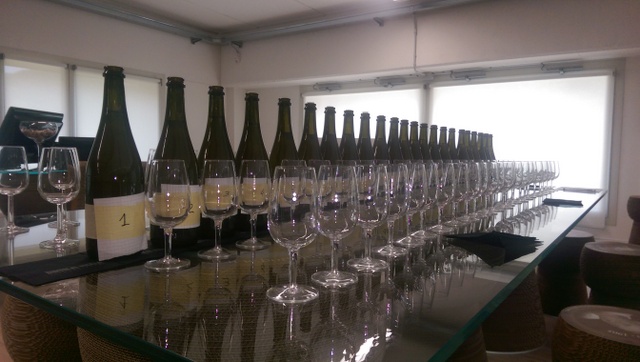 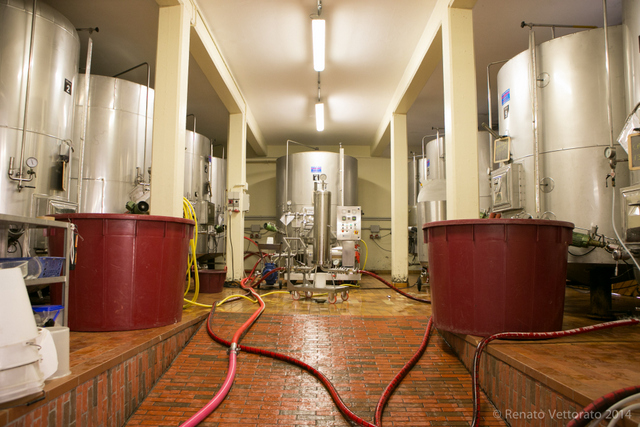 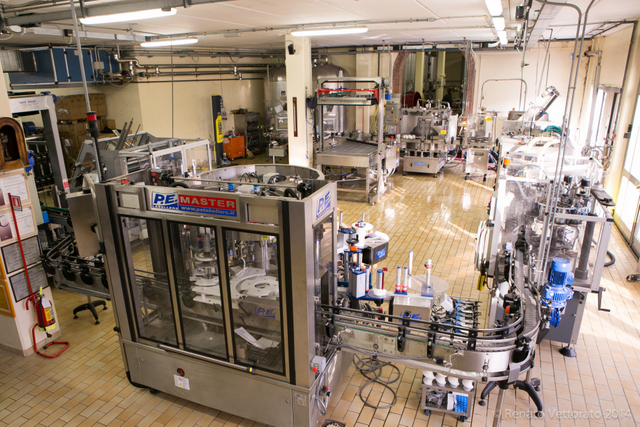 GOLD MEDAL FOR OUR EXTRA DRY AT MUNDUS VINI 2019 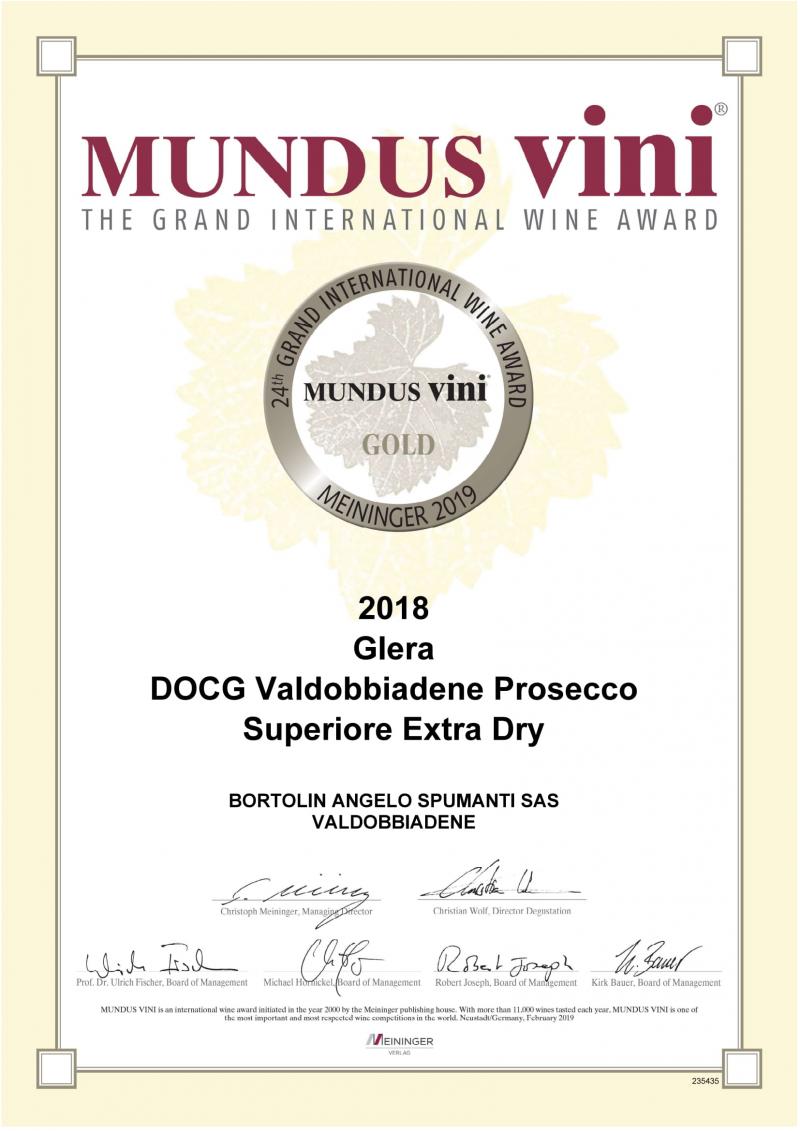 For the third consecutive year, the prestigious international wine competition Mundus Vini sees our Valdobbiadene DOCG Extra Dry among the wines awarded with the Gold Medal. In addition to the satisfaction of the confirmations that come from year to year, each wine competition is for us a way to judge ourselves and a comparison of our work that helps us to guarantee always the top qualitative standards. 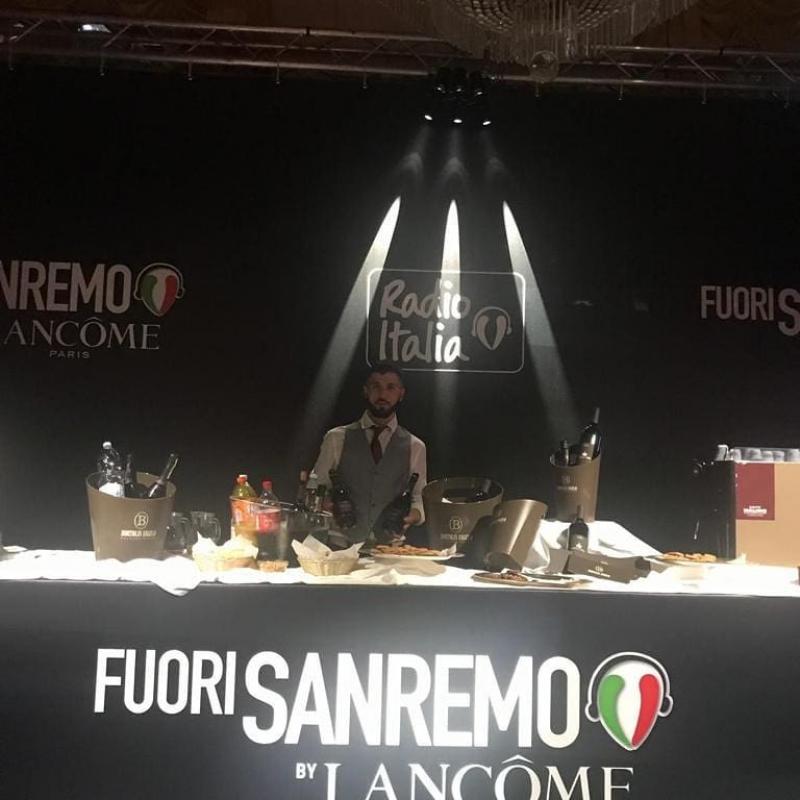 The 69th edition of the Sanremo Italian Song Festival has began. And we are there together with RadioItalia in Grand Hotel Londra with FUORISANREMO by Lancôme.

VIRTUOUS AMBASSADOR OF THE TERRITORY 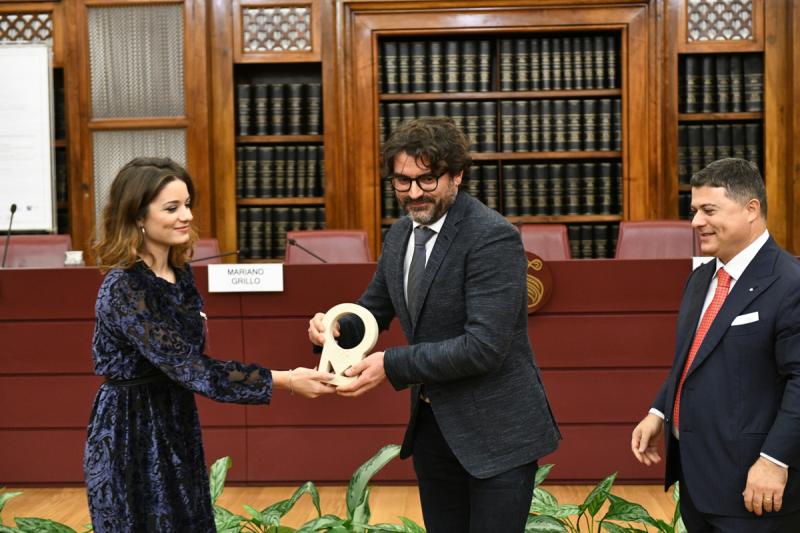 In the second edition of the 100 Mete d'Italia Award, the 6th of December at Palazzo Madama in Rome it was awarded the Ambassador of the Territory, reserved to companies representing each region: virtuous companies, Ambassadors of an Italy that knows how to defend the own roots and enhance excellence.
To confirm the tenacious and persevering commitment to the enhancement of the territory, our winery has been awarded as the Virtuous Ambassador of the Territory for the Veneto region.
This important nomination rewards not only our valued Valdobbiadene DOCG but above all the company philosophy, which has always been committed to transmitting to those who know us the enormous sense of gratitude and respect towards our land.

100 Mete d’Italia has as its main purpose to promote the values of Italianness and to reward its originality, guiding the reader on a journey through surprising locations, telling their story; the wonders of art; the originality of the style; the quality of food products and more; the taste for hospitality, the beauty of places and the courage to face difficulties. 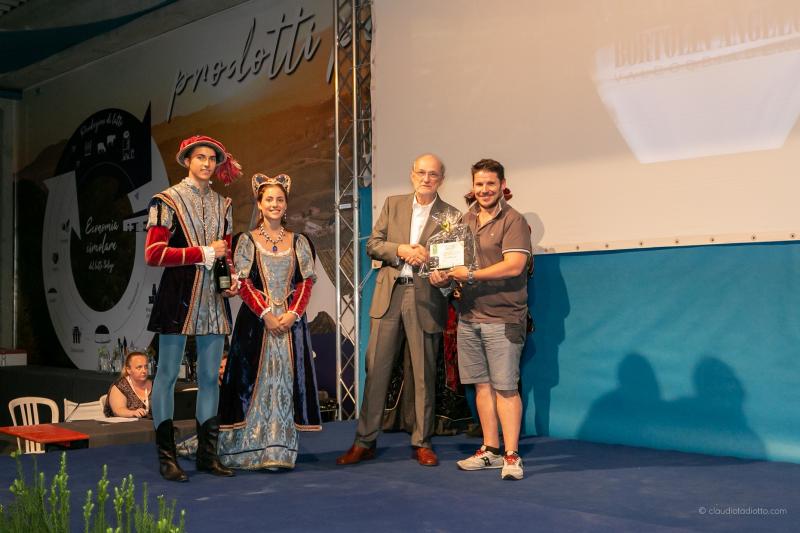 AT VINITALY 2018 WITH A NEW VALDOBBIADENE DOCG 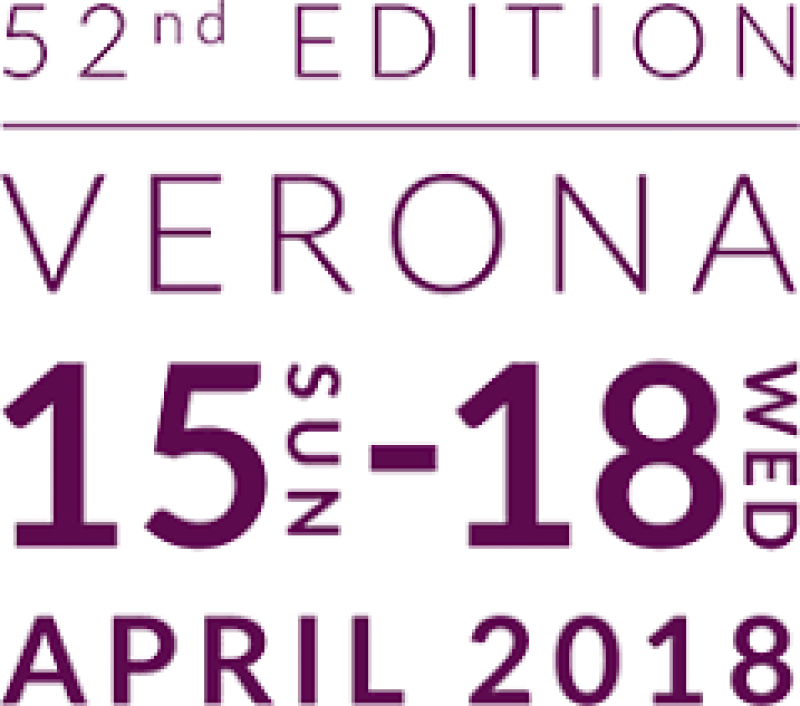 This Valdobbiadene is obtained from grapes grown exclusively in the  village of Guia,  a land that has always been home to our family and continues to thrill us daily. Deciding to assemble and vinify only the grapes of our country, means to pay tribute to what is the origin of our history, our passion and even our success: our Earth.
We called this sparkling wine &quot;Angelin Beo&quot;, a name with which Angelo Bortolin, the founder of our winery, is known on the spot, since his 80th birthday and the company and the 50th anniversary coincide in 2018.
A Valdobbiadene with zero residual sugar, which allows you to appreciate thecharacteristics of the earth. Tasted at a temperature of 10/12 ° C in a very large glass, this sparkling wine is aimed at a careful and curious consumer, who wants to be carried away by emotions.
To taste it in all its integrity, it should be consumed within 15/18 months from the date of bottling. To know when our Valdobbiadene DOCG has been bottled, simply photograph the QR-CODE that is on the back label of our bottle, or connect to the site info.bortolinangelo.com and enter the lot number indicated. Here you can find out the actual organoleptic data of the bottle you are tasting, know how many bottles and in how many formats the same sparkling wine has been bottled, and above all to view and download the certificate of suitability issued by the ministerial body VALOREITALIA.
Available in 0.75L - 1.5L - 3.0L versions in our personal bottle that reminds the twisting shape of a grapevine.

Our Valdobbiadene D.O.C.G.
Our unique bottle.
NOTHING ELSE
BOOK YOUR EXPERIENCE

The Bortolin Angelo winery is a symbol of excellence in the Valdobbiadene wine scene; we are a small family-run business renowned, within its denomination, for the high quality sparkling wines which are all 100% Valdobbiadene DOCG.

Our winery is situated in Guia, the most favorably suited area for the production of the famous spumante sparkling wine from Treviso. Wine has been produced here since 1968, when Angelo Bortolin, the son of a farmer, founded the company, immersed in the spectacular scenery of the hills of Valdobbiadene. Wholeheartedly appreciated from the very beginning, his wines were soon enriched by smart technological investments, and since 1983, through the upgrading of his facilities, Bortolin began to specialize in the production of spumante sparkling wines.

Since 1993, his three children (Cristina, Paola and Desiderio) have become members of the company one at a time, a generational transition that was completed in January 2010 with the appointment of Desiderio Bortolin as majority shareholder and with the company’s change from S.N.C (co-partnership) to S.A.S. (L.L.P.). Angelo, the founder, still takes part in the activities, but always discreetly and leaving all the decision-making power to his successors: a strategic move that enables the company to leverage the entrepreneurial spirit and ideas of a new business generation.

Desiderio, who bears the name of his paternal grandfather, is currently the driving force of Bortolin Angelo Spumanti. Always supported by his sisters and qualified technical consultants, he succeeded in promoting and marketing his product in countries that seemed unreachable.

Award-winning in the most renowned national and international wine competitions of the Valdobbiadene DOCG, Angelo Bortolin winery was awarded the Grand Gold Medal at the 2011 edition of Vinitaly as best Charmat method spumante sparkling wine with its Extra Dry version.

Since the 2014 harvest, our winery has bottled its Valdobbiadene DOCG in a new elegant and original bottle, especially and exclusively designed for its wine cellar. The new Bortolin Angelo Spumanti bottle, presenting a characteristic shape that resembles the twisting of the vine shoot and with the newly designed labels that evoke the colors of the Valdobbiadene land, has won the prestigious Gold Label, the first place at International level among all the sparkling wine category proposals, at the International Packaging Competition organized by the Ente Autonomo Fiere Verona (Verona Exhibition Authority) during the 22nd International Wine Competition Vinitaly 2015.

As from the 2013 harvest,  Angelo Bortolin wine cellar vinified in purity a new type of Valdobbiadene DOCG: the "Rive di Guia",  extreme expression of deep belonging to our territory. Produced exclusively with grapes from the area of Guia, the country of origin of the Bortolin family where the company is rooted, this sparkling wine conveys a peculiar nuance of Valdobbiadene DOCG linked to a restricted area of steep vineyards and expresses all the care that the Bortolin family dedicates to their roots.

With fine bubbles, in which you can savor all the ancient wisdom of a heroic viticulture and a handmade harvest still done entirely by hand, Bortolin Angelo sparkling wines were chosen to toast the best of music and film in the most prestigious national events, from the Festival of Sanremo to the great events of Radio Italia, to concerts of artists such as Jovanotti, Ramazzotti, Bruce Springsteen, etc.

Excellence among excellence, the sparkling wines of our winery are regarded everywhere as the most authentic expression of the Valdobbiadene DOCG, as products made with the best local grapes from the family vineyards still grown today, taken care and harvested strictly by hand with that old passion that you can pass on only from father to son.

Birth of the new shape

If the Valdobbiadene DOCG of Bortolin Angelo Spumanti is an authentic expression of the territory where it was born, this bond with nature and its forms must somehow be expressed also in its outer appearance. It is precisely with this intention that our winery has developed an ambitious project, implemented as of the 2014 harvest: the genesis of a customized, unique and absolutely original bottle.

The insight came one morning while Desiderio and his father Angelo, founder of the company, were in the vineyard preparing the vines for the upcoming season. Angelo saw a beautiful big twisting branch and showed it to Desiderio holding it with one hand, the exact same way you would pick up a bottle of sparkling wine. That image served as vital inspiration for Desiderio to design of the new bottle: it had to bring to mind a twisting vine and the colors in the label had capture to the colors of the land of Valdobbiadene.  The new bottle was presented to the public during Vinitaly 2015 and also won the prestigious Gold Label, the first place at International level, between all proposals of the sparkling wine category, at the International Packaging Competition organized by the Ente Autonomo Fiere Verona (Verona Exhibition Authority) during the 22nd International Wine Competition Vinitaly 2015.

The Bortolin Angelo bottle is patented, unique and inimitable. Its sinuous shape anticipates all the elegance of fine beads of Valdobbiadene DOCG as well as it allows you to pour the product with even greater ease of grip.

The Bortolin Angelo Spumanti produces its Valdobbiadene DOCG carefully respecting the oldest wine-making wisdom inherited in the family as well as the regulations of sparkling wine production method of Prosecco Superiore di Conegliano-Valdobbiadene.

Designed by Antonio Carpenè at the end of the XIX century, as a new version of an ancient tradition of the territory, the method is characterized by some distinctive elements, first of all the harvest of Glera grapes exclusively done by hand along the steep slopes of the banks of Valdobbiadene.

This is followed by the pressing of the grapes in wine-making centers, an operation carried out using sophisticated machinery that can softly press the grapes to extract only the free-run juice, from the very inside of the grapes.

From 100 kg of grapes a maximum 70 liters of wine can b. obtained. The decanting phase follows, in which the turbid must is left to stand at a cold temperature (5-10 ° C) in steel tanks for about 10-12 hours. Then the wine making process takes place from the clear part of the must, initiated thanks to the natural enzymes which, added to the wort, cause the alcoholic fermentation that lasts about 15-20 days in stainless steel tanks at a constant temperature of 18-20 degrees. This wine is obtained from the base wine.

After a careful tasting of different wines, categorized to this point by origin, time of harvest and organoleptic characteristics, cuvée assemblage and froth capture take place.

This is carried out in compliance with the Italian method (or Charmat) but now, given the considerable experience and sophistication of the result, it is recognized as the "Conegliano-Valdobbiadene" method that involves the use of pressure-tight autoclaves in which the wine is combined with sugar and yeast in order to preserve the original aromas of the grapes and to get that unmistakable fruity and floral scent that distinguishes the Valdobbiadene DOCG from any other sparkling wines.

At the end of sparkling wine bottling and after about 30-40 days, the wine is ready to be placed on the market for fast consumption.

The Bortolin Angelo Spumanti wine cellar inaugurated in 2013 the new supply and winemaking center not far from the historical site of the winery, made with the latest technology and respecting the unspoiled beauty of the landscape, example of perfect balance between innovation and sustainability as well as the constant pursuit of the highest quality.